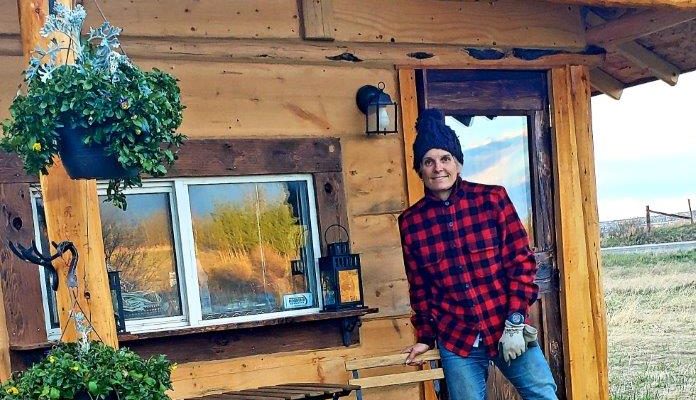 Thanks to the fabulous team at Work & Hive Bee Supply in Calgary!

The process of picking up the Nucs is more refined every year thanks to the team lead by Robert McBain and lead hand Jessie!

The bees were picked up late on May 28th and early on May 29th the bees were transferred into their new hives… we actually have 7 hives now! Larissa, Nadia and myself manage the transfer in the new hives on a beautiful morning of filled with sun!

The bees were left along to settle in for the week. Larissa promptly picked up the completion of the electric fence. And what a job she did with Nadia!

Now the season begins. Sugar water for a few days and then mite treatment starts along with monitoring the expansion of the hives ready to add the next brood box to avoid swarming.

The  art of monitoring and assisting with getting in the way of letting the bees do what they do best … harvest and maintain their own hives.

Larissa is the closest to the hives and seems to sense the mind of the hives quite well.

Adventures on the bikes are sparking up and the rivers are swelling for great paddling  on the rivers!

It was a month of preparation as it is for all keepers of bees! Signs, fencing, platforms, new hives and more!

Our new sign was posted on the honey house!

This year’s infrastructure improves were led by Larissa wanting  to add an electrical fence to protect the hives from the critters of curiosity.

With that idea came along with improving the areas around the hives. So there we were building platforms that began with a bit of earth work. Thankfully Larissa is a farmer at heart and has the equipment to manage the preparations… the platforms and re-landscaping were completed in a couple of afternoon. The new polystyrene hives were placed and we are ready for the Nucs to arrive.

Creating  – it never stops. This month Larissa is up to creative products like the new beverage carrier! Perfect for BYOB gatherings!

The photos tell the story!

We are still in the mountains enjoying the last of snow on skis, tuning up the bikes and getting the first spring paddles in on the rivers! 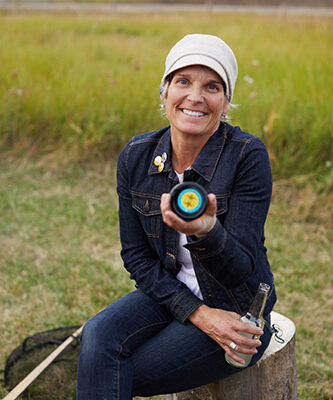 Cyd Fraser is a Jill of all trades.

She evolved into Project Manager for Construction after working for Spring Creek Mountain Village, Devonian Properties for the majority of her career.

She now owns ProStar Restoration, which is involved in specialized large loss projects across Canada.

“Event management has played a big role in my life in Canmore in the position of operations manager with a mix of being paid and volunteering,” Fraser said.

She has been involved with the Canmore Folk Music Festival, Canmore Canada Day, Canmore Winter Festival, Alberta World Cup cultural activities and many numerous events for the community.

Fraser, born and raised in Whitehorse, moved to Canmore in 1991. She recently has taken up bee keeping.

“Bee keeping was an interest in waiting,” Fraser said. “The idea presented itself in 2014 but was not acted on until 2017. In the early days my parents supported our food source with a large garden and hunting. I believe the interest stemmed from those early years.”